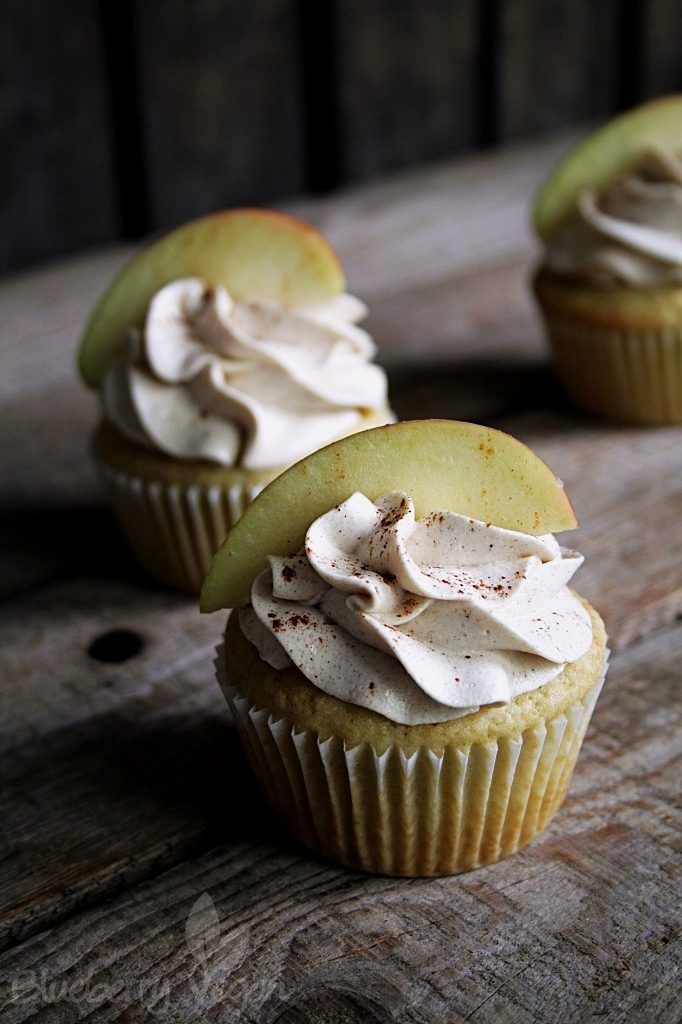 I finally made some cupcakes again. The last time, that I have baked some was just too far away. Along with the season I made cupcakes with apples and cinnamon. Sooo juicy and cinnamony, you have to try them!

I cubed one apple, mixed it with cinnamon and put it in the batter. A second apple decorates the top of the buttercream. I made it from vegan butter and an apple cinnamon pudding. Instead of apples also try pears. 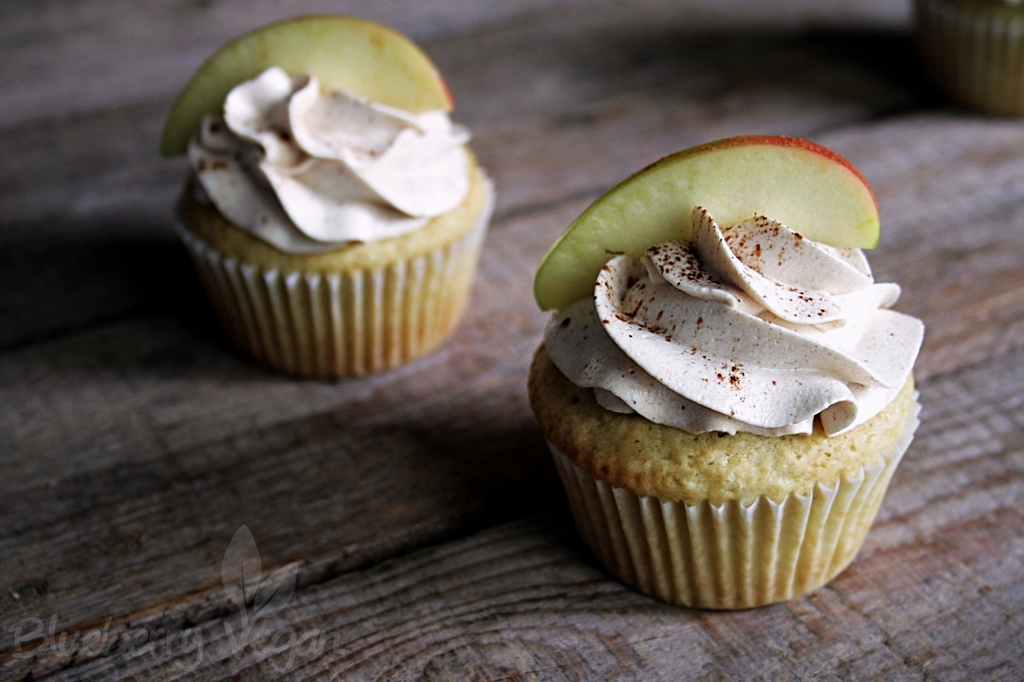 Have fun baking these cupcakes and enjoy them! 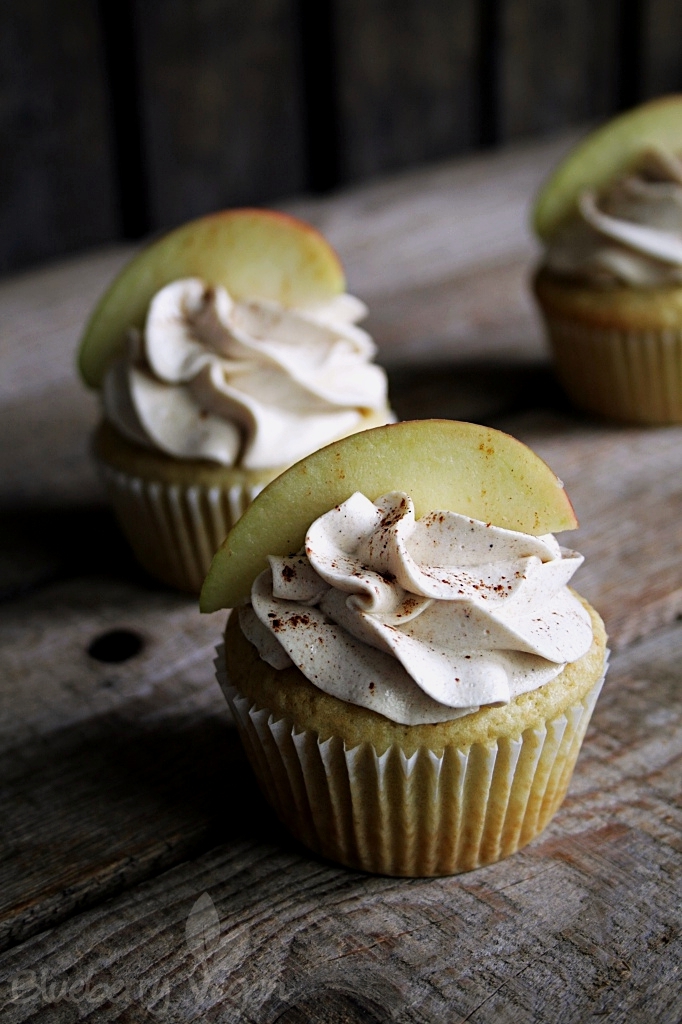 Aktiv
25 m
Passiv
20 m
Total
45 m
Autor/Author: Rina
Gang/Type: Cake
Ergibt/Yield: 12 Cupcakes
Zutaten/Ingredients
For the cupcakes:
For the buttercream:
Also:
Zubereitung/Instructions
Tipps/Notes
If the buttercream curdles, beat it again with two tablespoons of hot coconut oil. This way it will become smooth again. To get the dough in the muffin tray without making a mess, I use an ice cream scoop with ejection function.
3.5.3229 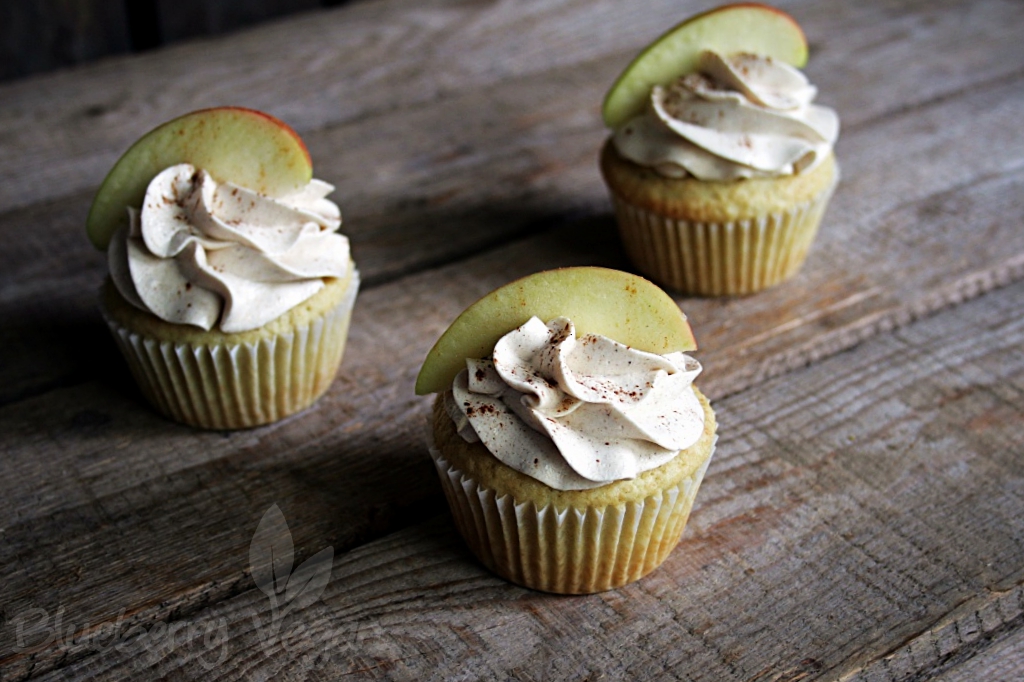