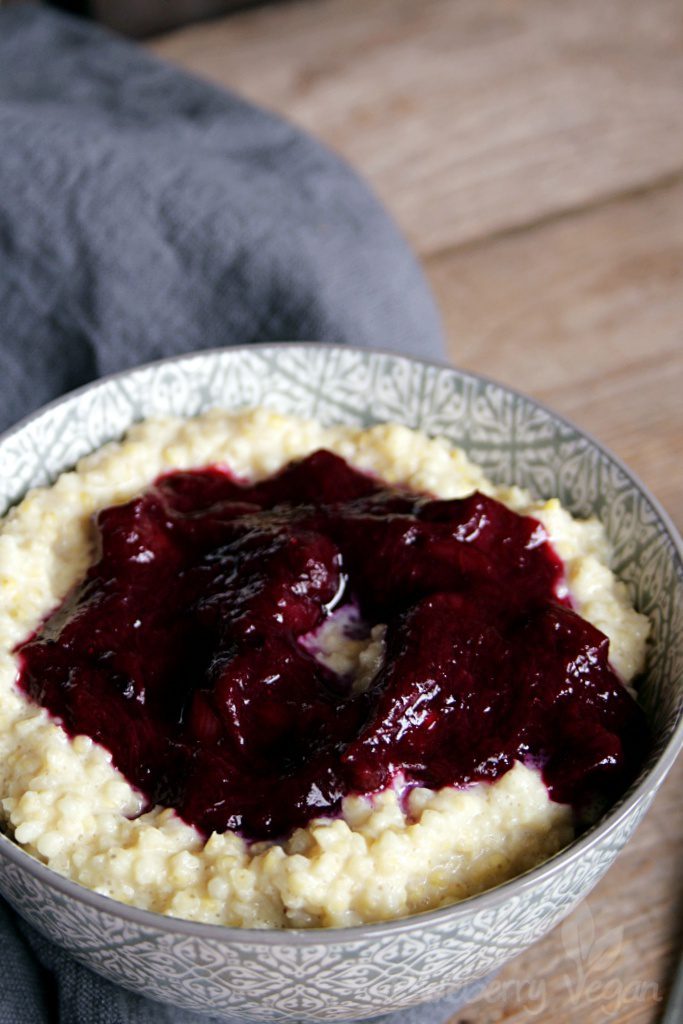 A couple of days ago I found quarter a package of millet in my pantry. I have no idea, how long it has been there… So I had to use it at last.

To be honest, I am not that huge millet fan. I can’t even tell you why. I like rice, pearl barley, quinoa, couscous and bulgur very much, but millet not so much. So I came up with something extra yummy to make me enjoy the millet. 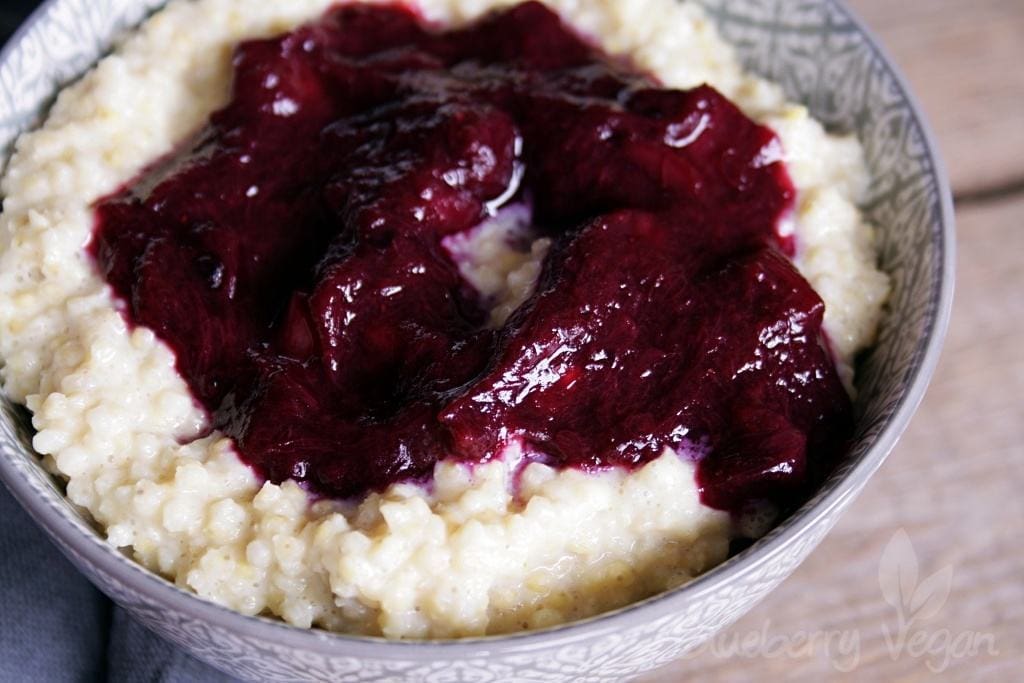 Cooked in almond milk with rhubarb blueberry compote I liked it very much. I guess it will also be fantastic when you cook it in coconut milk. 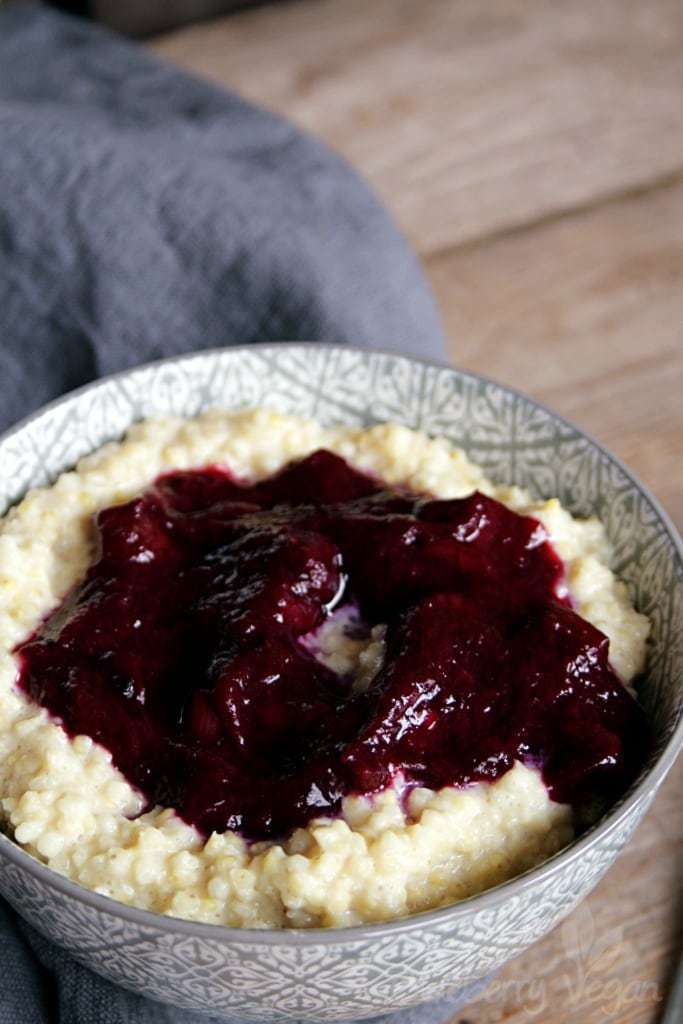 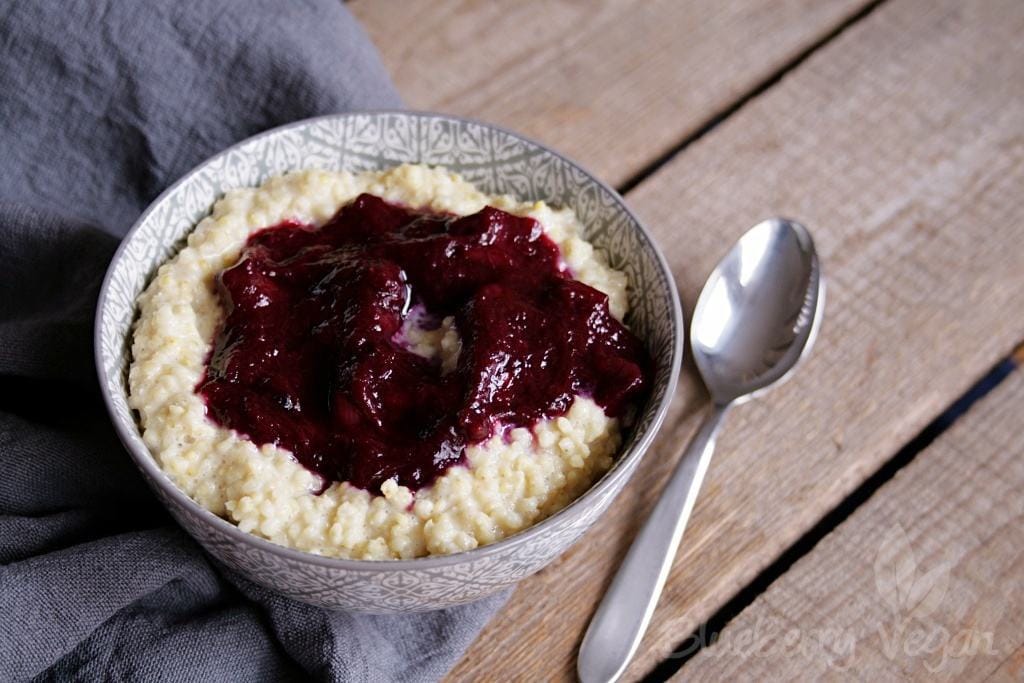