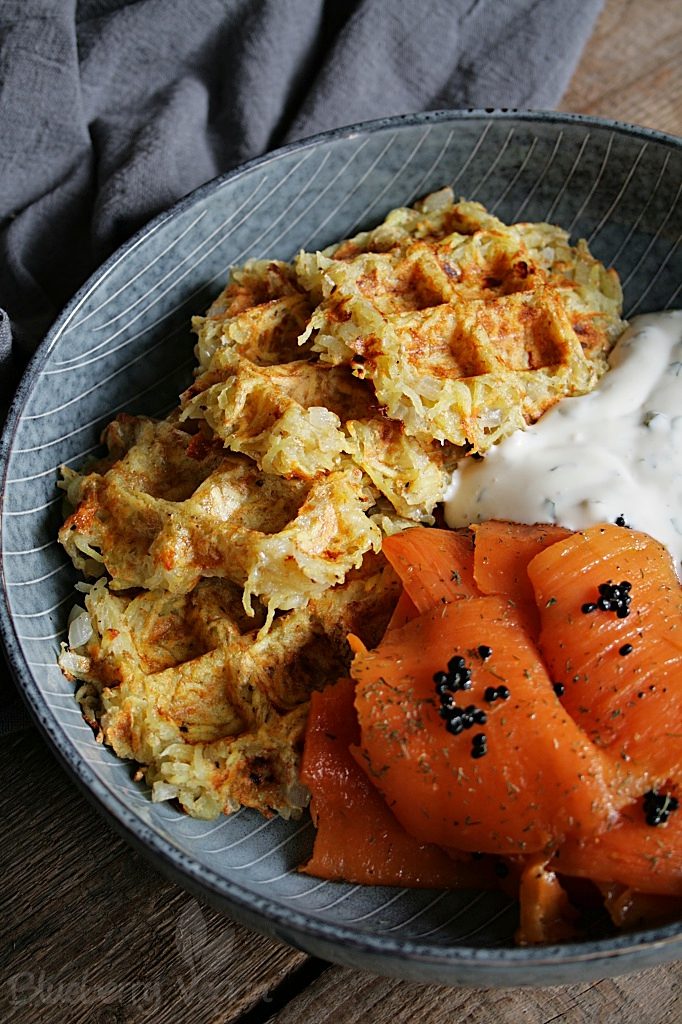 I finally found the time to get in the kitchen and cook something. I missed it the past couple of weeks. I was too occupied with my work lately and when I found the time to make something it was already dark, so I couldn’t take nice photos. I now have a few days off of work and I want to make them count.
Since I had some carrot lox left-over from my birthday brunch, I thought this would be great with hash browns. 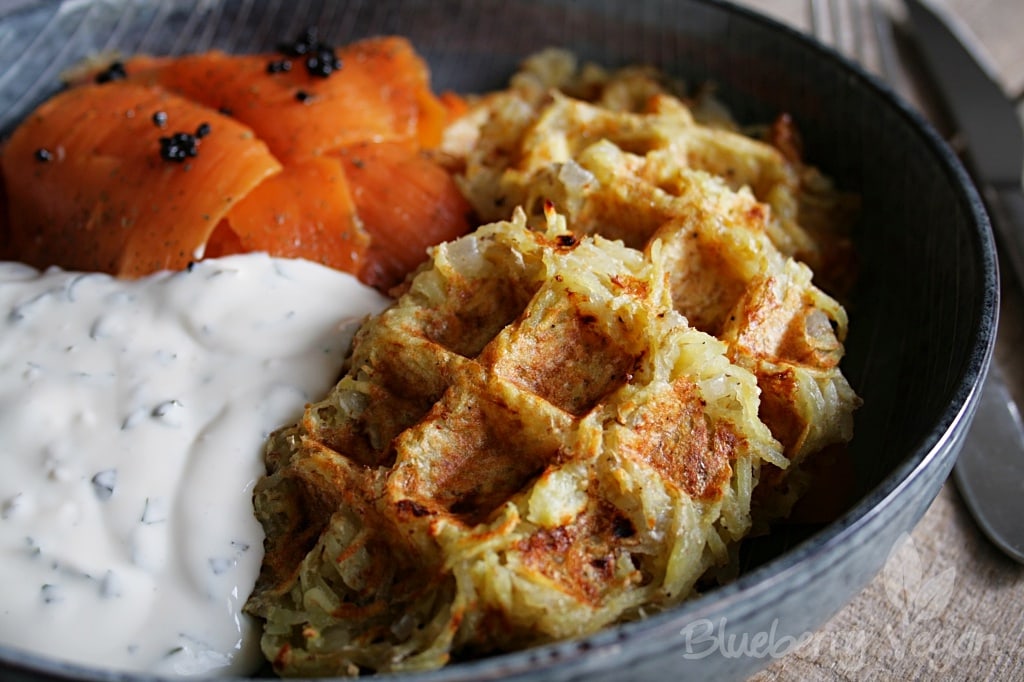 To save some fat, I like to bake hash browns in the waffle iron. This way you’ll need just a tiny bit fat and thus they are easier to digest and taste deliciously after potatoes. To make the potato mixture stick together I added some ground flaxseed. I have also tried it with rolled oats, but because of the lack of gluten they don’t bind well.

As a dip I made a simple herbal curd. You can add the herbs you like. I like parsley and mint best in a mixing ratio of 3:1. A dash of lemon juice and a pinch of salt… I could eat the whole bowl of it! 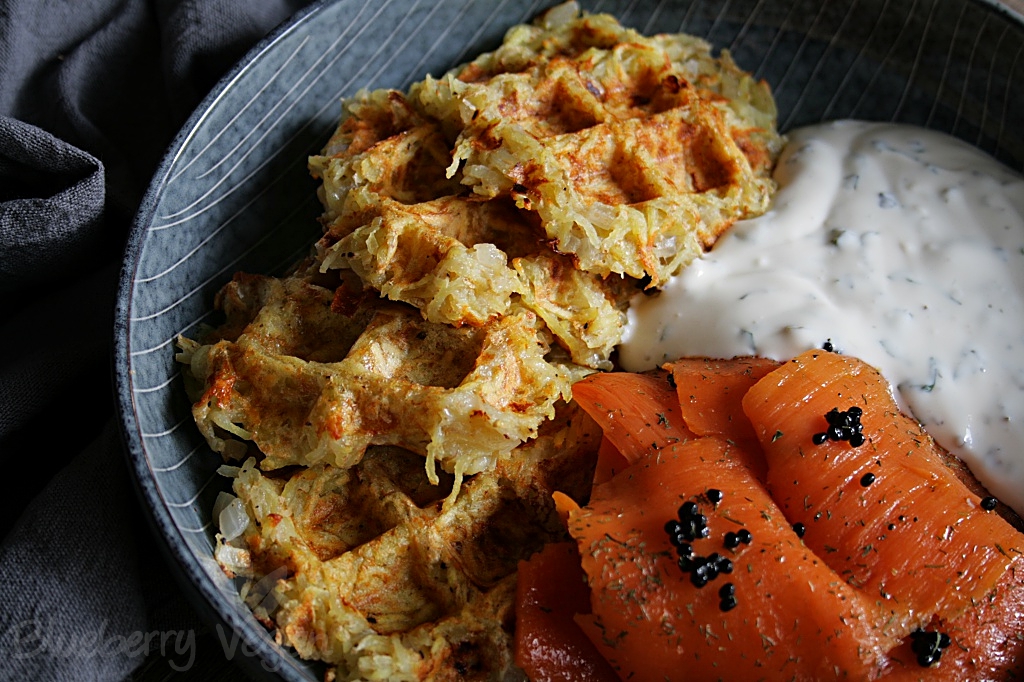 Make sure to let the waffles bake long enough, so that the potatoes are cooked through and don’t stick to the iron. Have fun trying this recipe and enjoy!

Autor/Author: Rina
Gang/Type: Main Dish
Ergibt/Yield: 2 Portions
Zutaten/Ingredients
For the potato waffles:
For the herbal curd:
Also:
Zubereitung/Instructions
Tipps/Notes
I ground the flaxseed in my Personal Blender. I am asked a lot what kind of waffle iron I have. So, here is the link: 4-in-1 Contact Grill
#version# 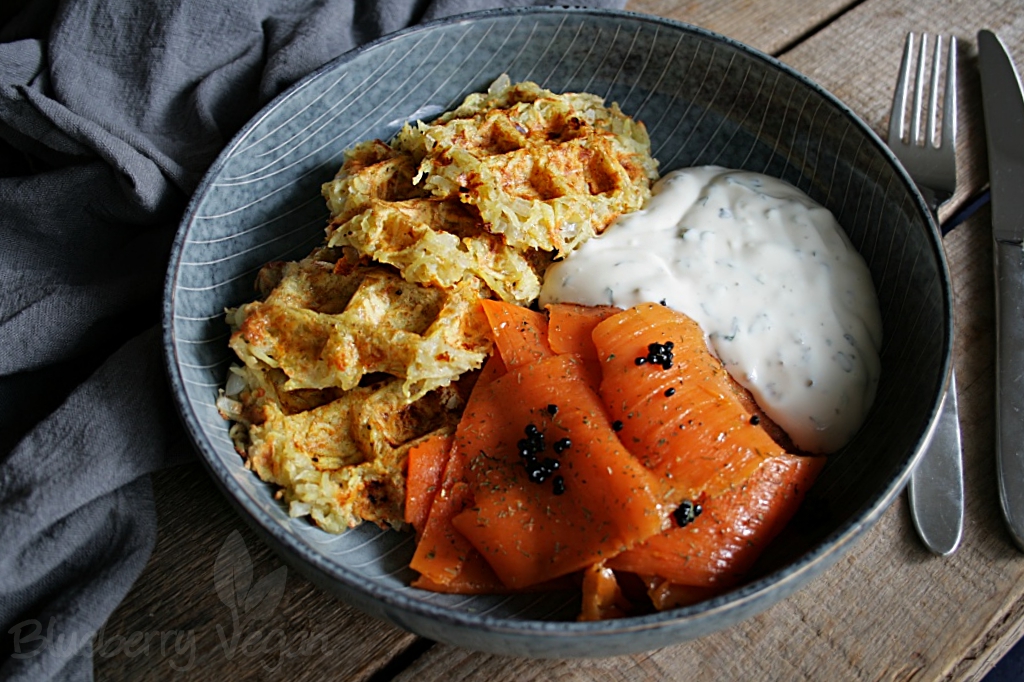