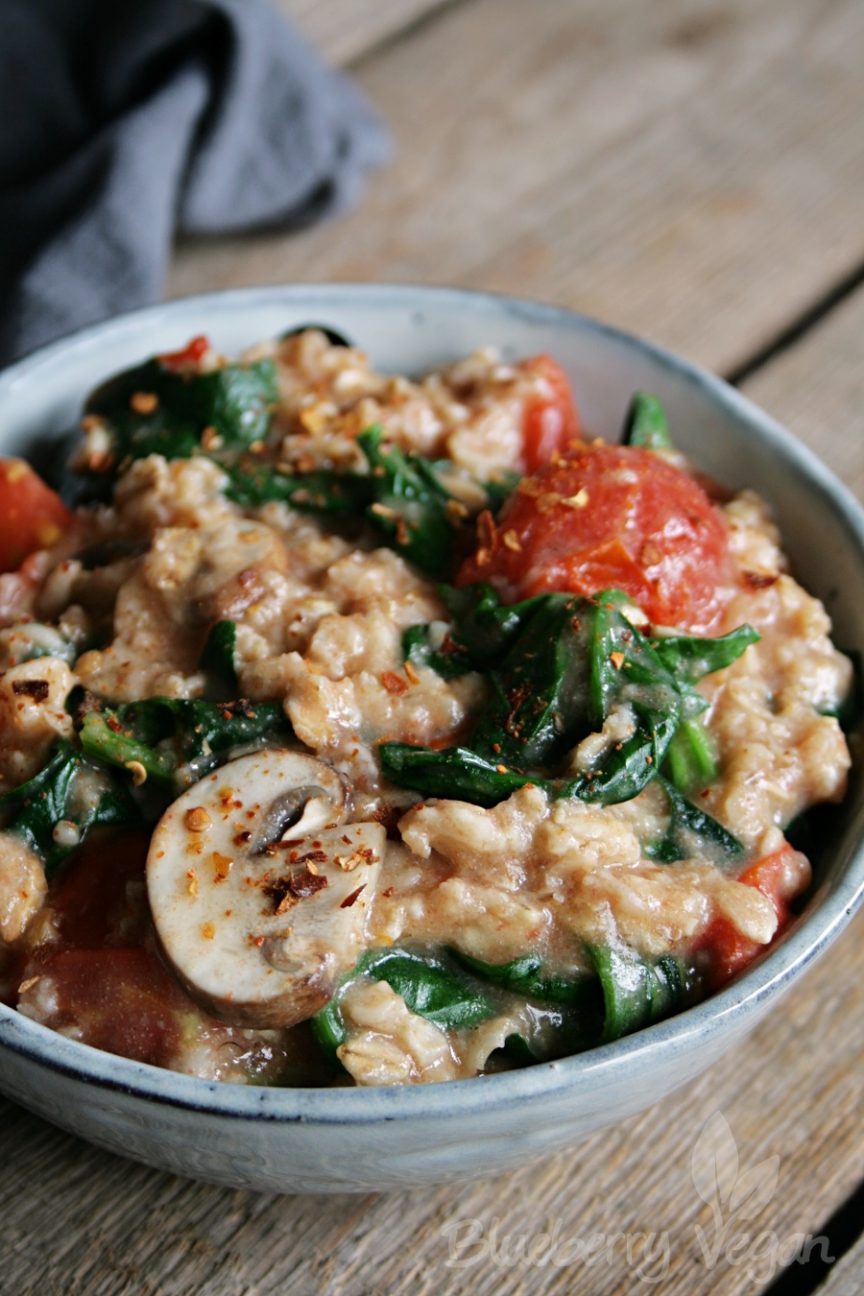 Everybody knows porridge. I love it for breakfast with chocolate and peanut butter or with blueberries. Especially in winter I like its warmth.

Have you ever tried savory porridge? As I walked around in a store a couple of days ago I spotted a box for savory porridge, I made a face and didn’t give it much thought. This was probably because I don’t buy mush mixes or other food mixes (way too expensive and unnecessary ingredients…) and also I couldn’t imagine this slimy texture in savory. 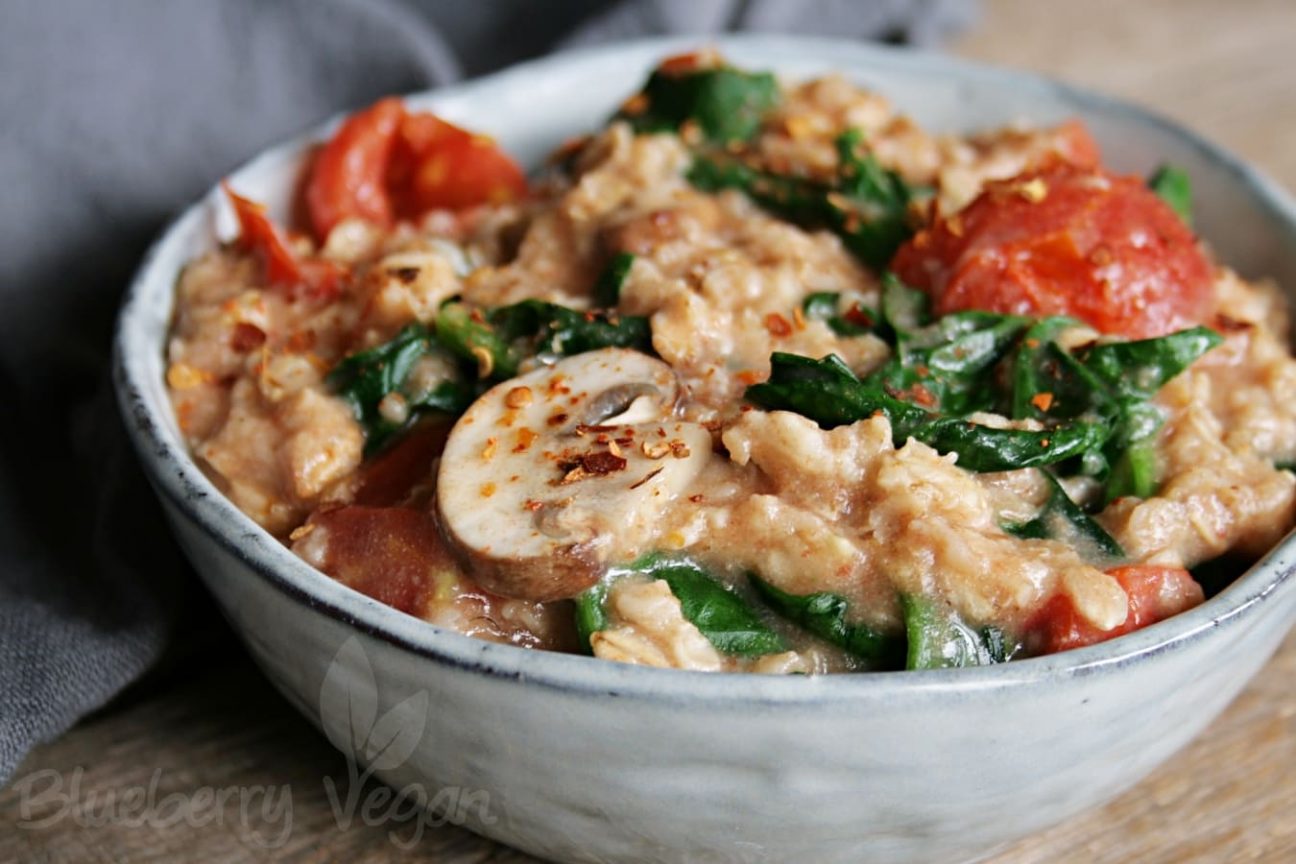 Two days later it hit me again and I was curious. So I got into my kitchen and made a savory porridge. Onions and veggie stock instead of milk and cinnamon. And instead of fruit I used tomatoes, mushrooms and spinach. The result was so yummy, that I wrote down the recipe for you. 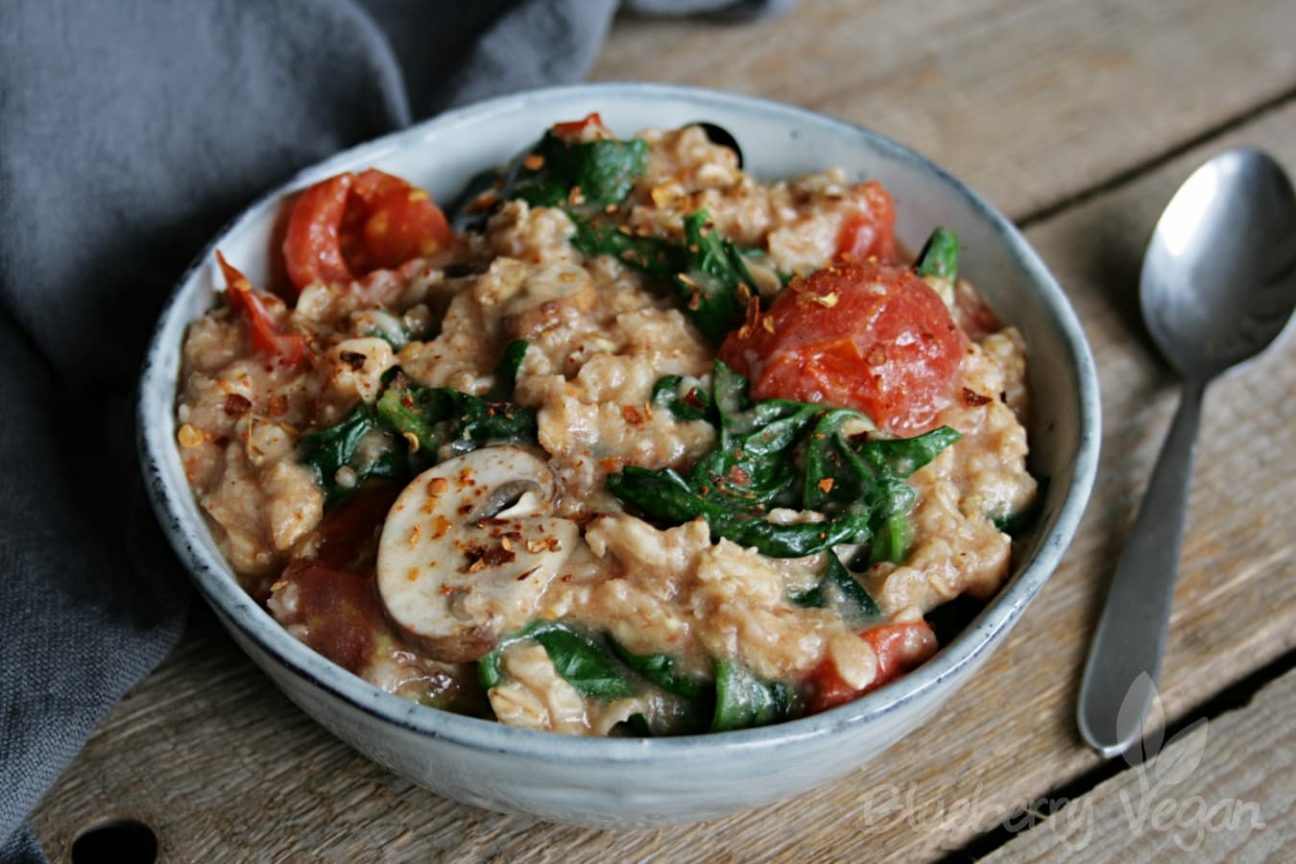 If you like the combination of tomatoes, mushrooms and spinach also try this pasta!

Have fun trying a savory porridge!

5.0 from 1 reviews
Savory Porridge with Tomatoes, Mushrooms and Spinach 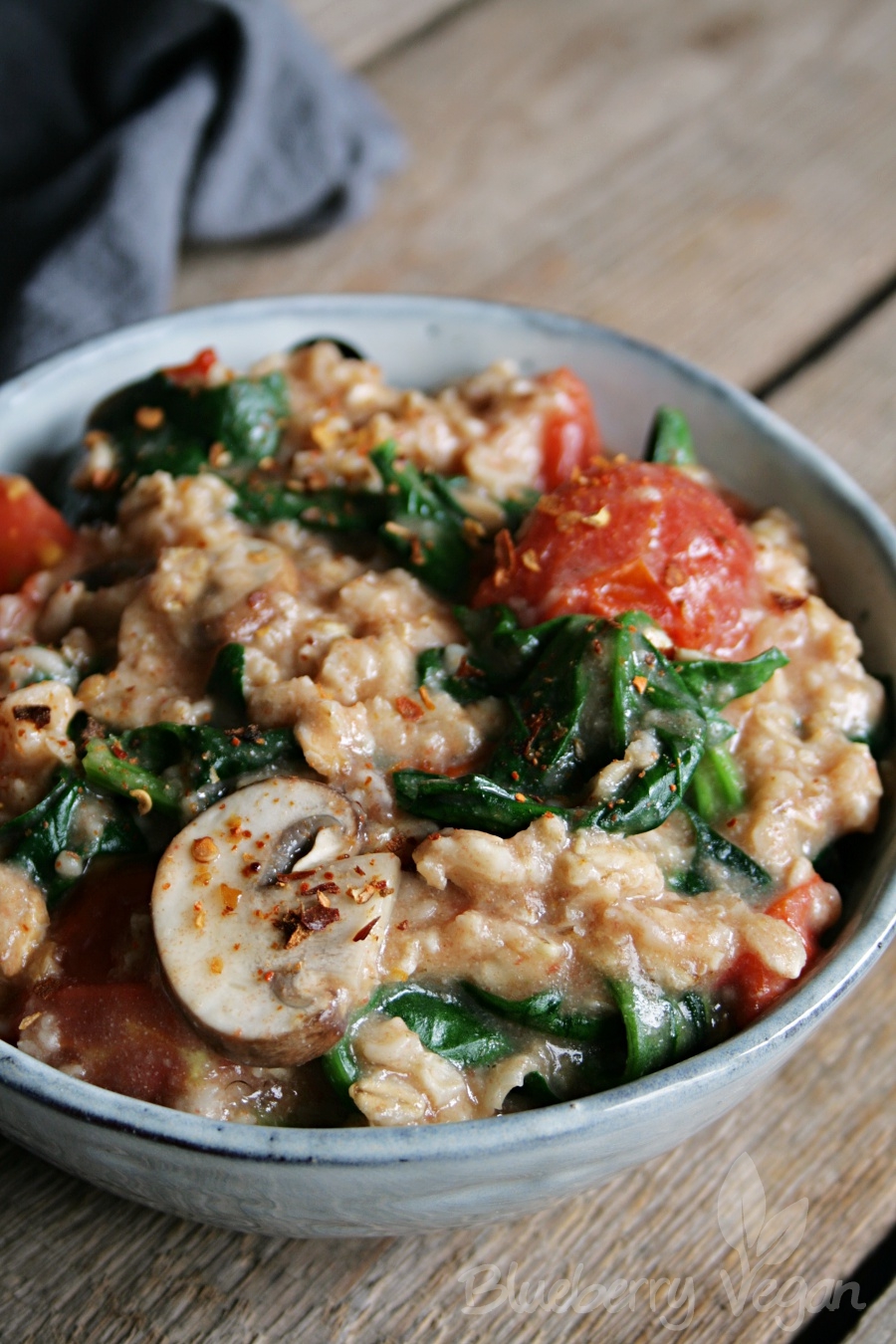 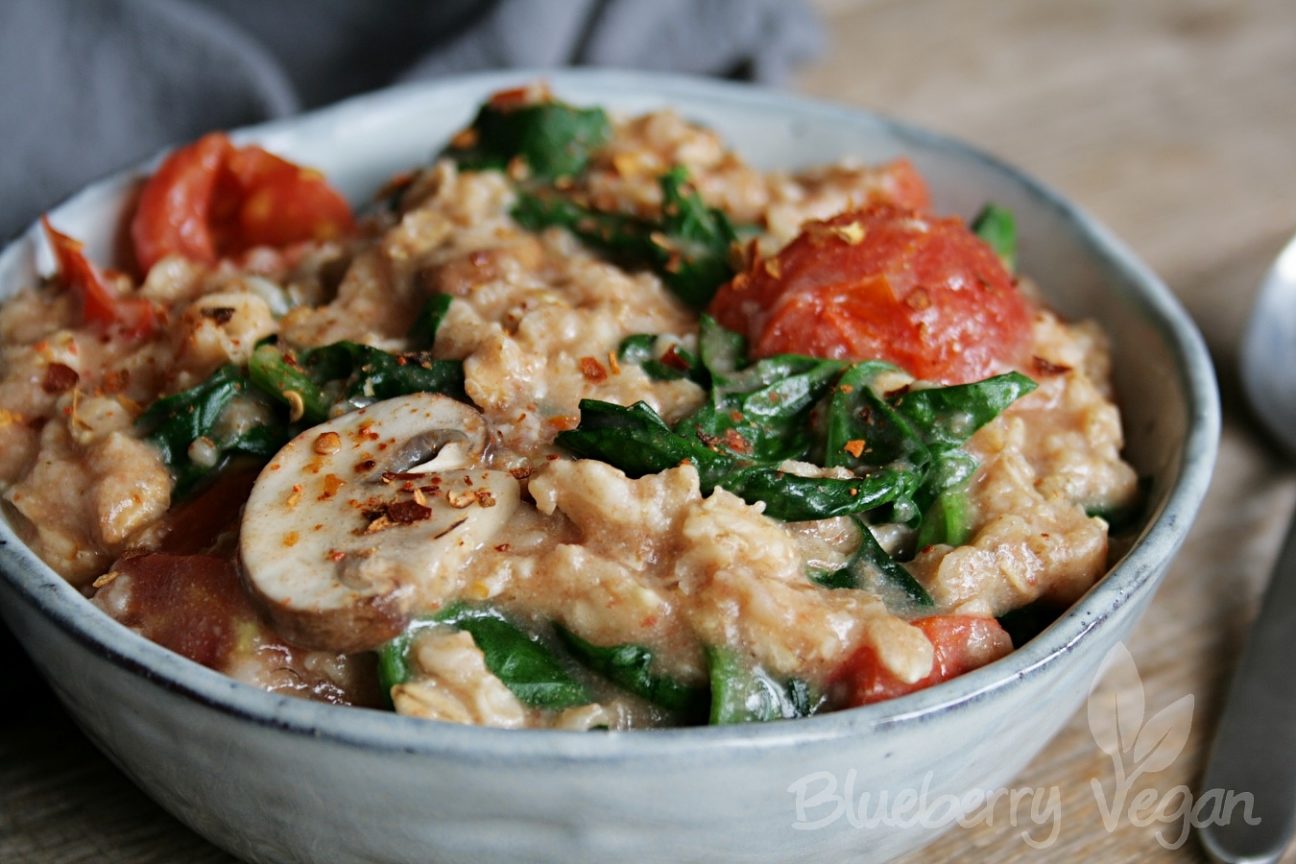