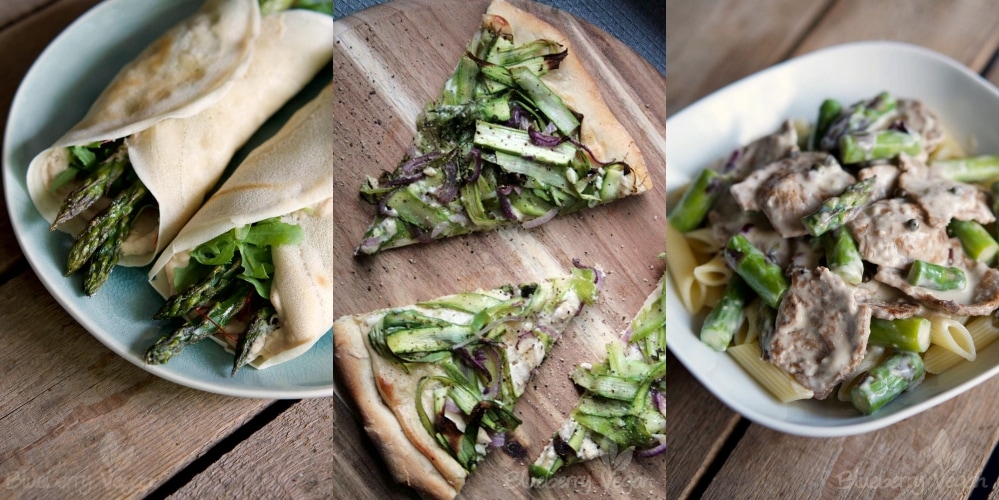 What exactly is a bowl?

In my post winterbowl I have described the system of a bowl. A bowl usual has the following rule: Take one third of grains (in this bowl I used barley), take a third vegetables (spinach, radishes and asparagus) and one third of vegetable protein (lentils and mushrooms). It is also called “a grain, a green and a bean”. 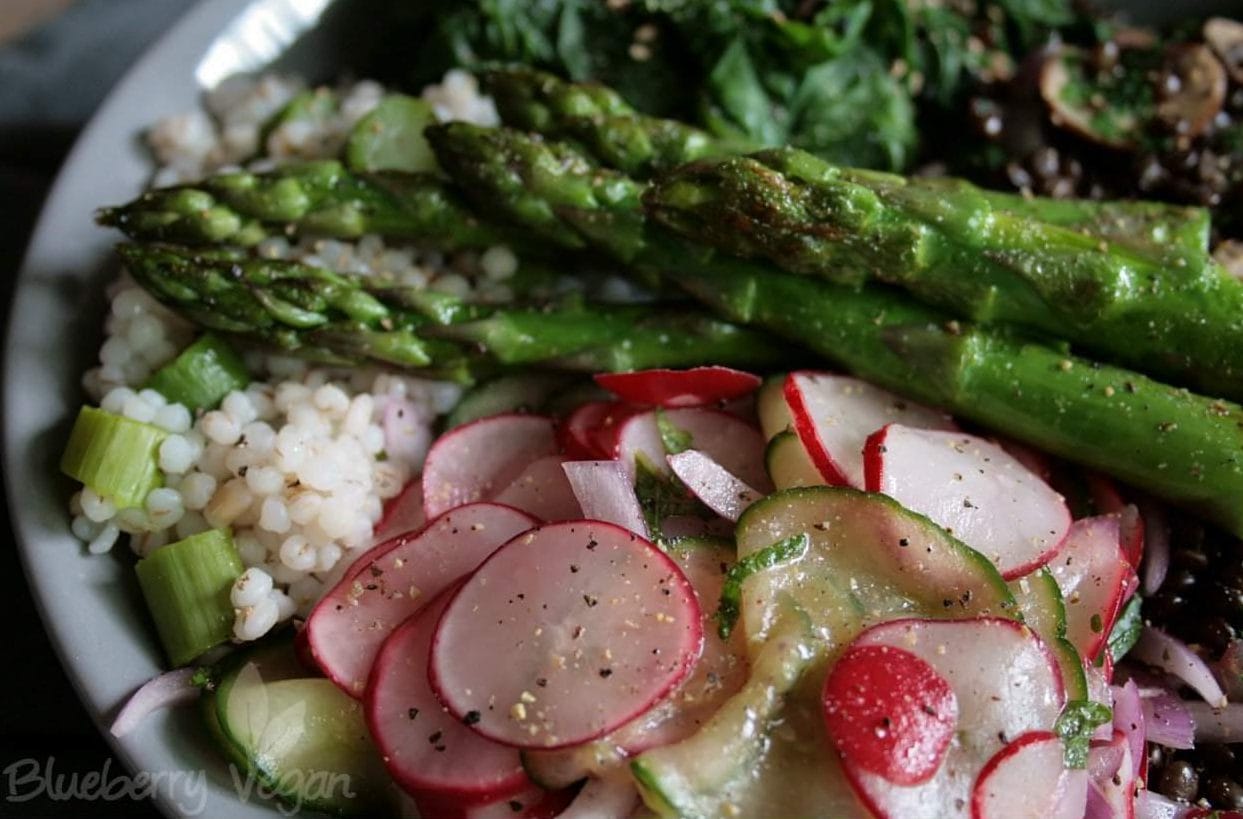 There are countless bowl variations possible. Just experiment with different vegetables or grains. I like to use quinoa or spelt. But also noodles or fries already made it to my bowl. You can serve a dressing with your bowl, but you don’t have to.

I often decide spontaneously if I quickly mix a dressing from soy yoghurt, lemon juice, garlic, salt and pepper (or sriracha).

In this dish I love the radish ceviche. Because of the time to marinate the radishes and onions get all soft and mild in taste. The mint gives a fresh touch. 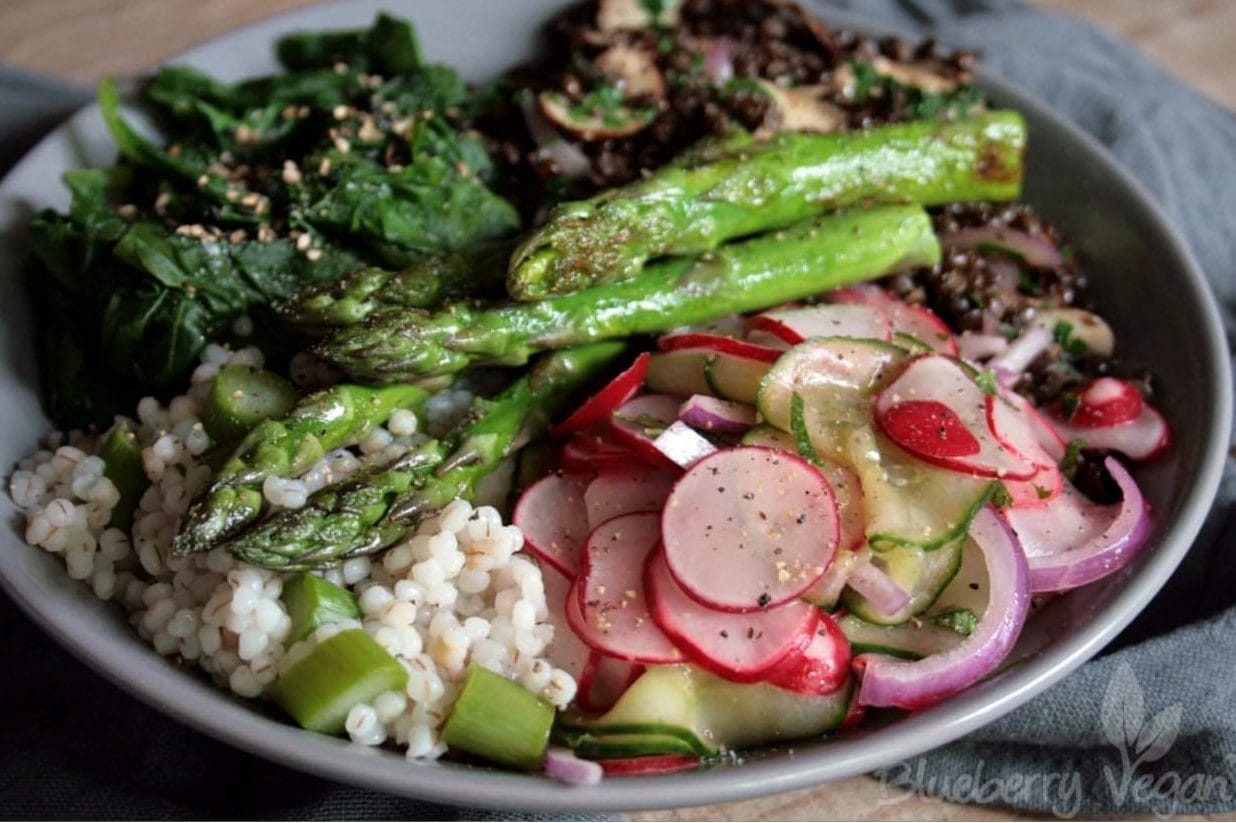 Enjoy your spring in a bowl! 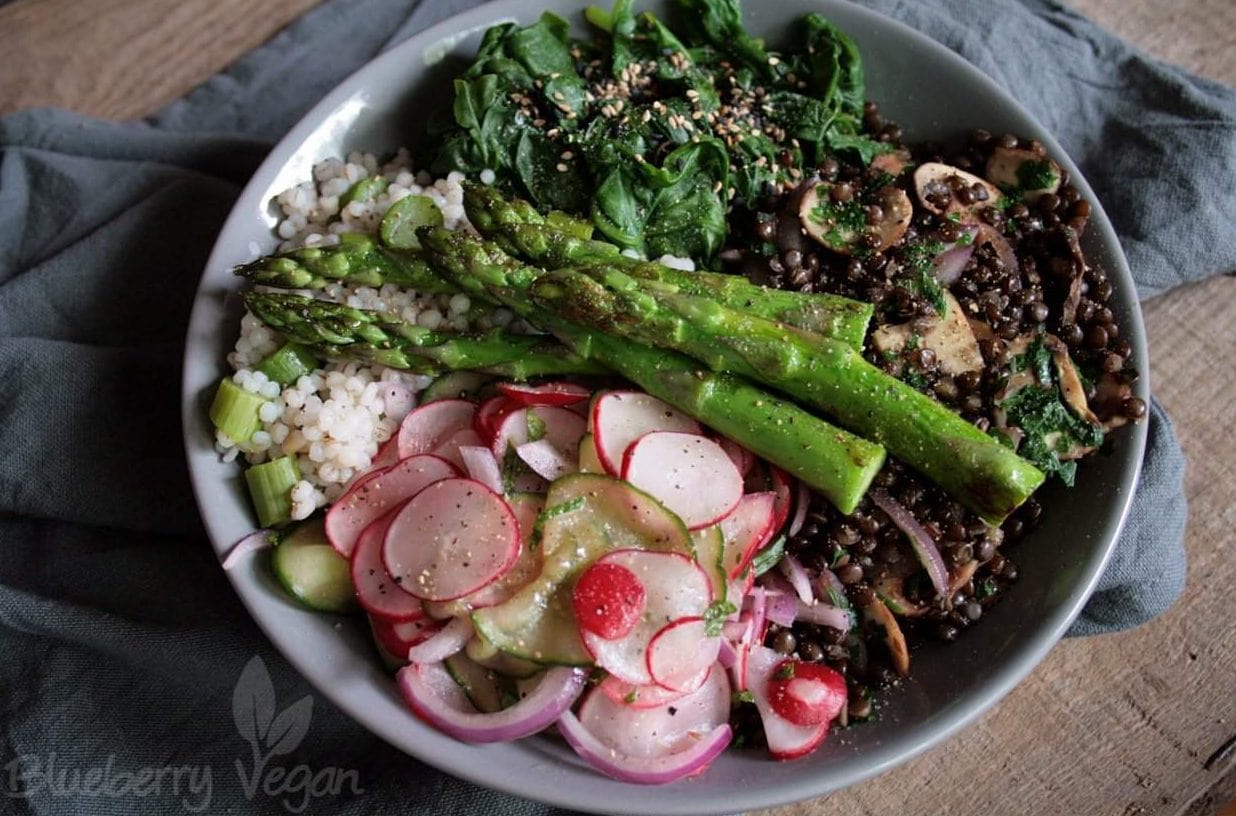